Does the Biennium Have Anything to do with Cornyn Censure? 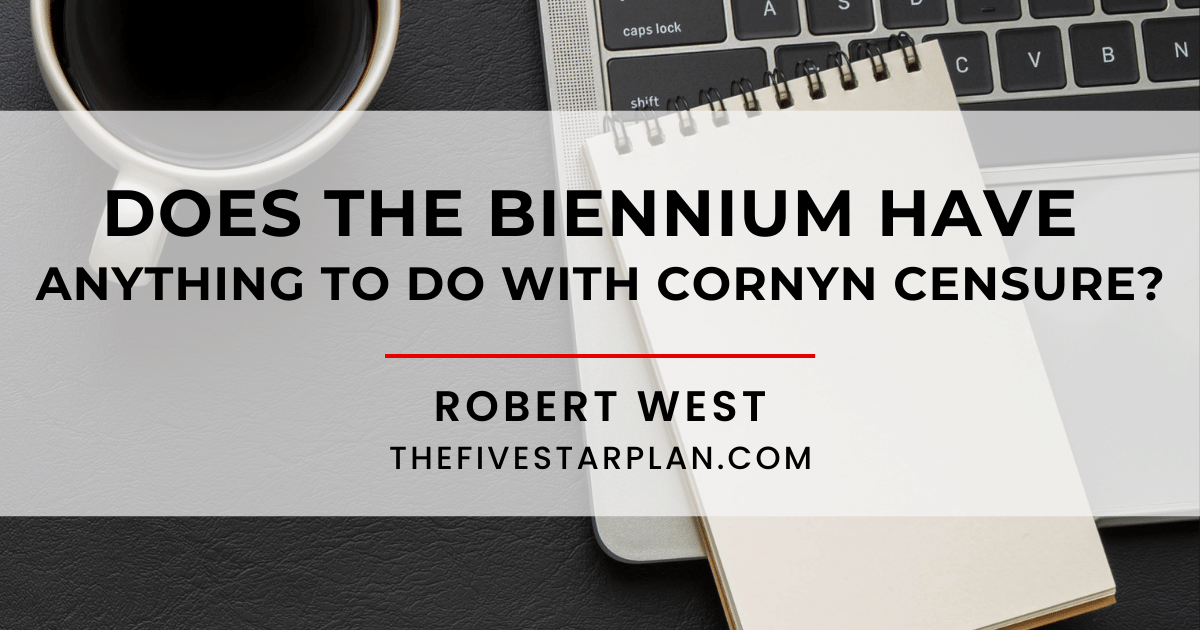 Does the Biennium Have Anything to do with the Senator John Cornyn Censure?

However, the measure Cornyn voted for along with the Democrats ignores two recent rulings of the Supreme Court. In one ruling placing additional burdens on the exercise of the 2nd Amendment or any other right based on age was rejected. The idea that people 18-21 have to jump through additional hoops would seem to indicate you could impose the same or other restriction on people aged 18-40, 50+, etc.

The more recent ruling that "red flag laws" are unconstitutional because it would deprive people of their 2nd Amendment and property without due process is even more concerning. This vote by Cornyn essentially declares that he is ignoring the Supreme Court rulings and turning his back on separation of powers and a limited, constitutional, republican form of government.

In addition, this measure authorizes 16 billion be given to states that will enforce these laws which is financially irresponsible in a time of massive spending and inflation.

I would recommend arguing that his vote on the 24th just days after the convention and during THIS new biennium violate the following:

Even if your people (CEC) want to pretend that Cornyn can vote for a bill that violated everything and is immune to rule 44 because it was "one action" and the measure fails, immediately make a motion to "inform" Cornyn that this item qualifies as a single violation and if he does something like voting for amnesty for illegals that would be a send strike against him.

Naturally we want the censure passed but if it cannot be passed, simply informing him publicly that the people arguing against censure consider this "strike one" makes it so that can pass with a simple majority. It will also make it difficult for his defenders to vote against it because they are arguing that it is a violation, just not three actions.

Harrison, Cass, Medina, Lamar and Collin County have passed a "Cornyn Censure" and if those counties did it then your CEC should get it passed as well.

Get a recorded vote so we know who needs to be replaced in two years.

Note: All materials and most important podcasts on this topic are listed on TFSP Resources under "The Next Steps" column to look for is censure.