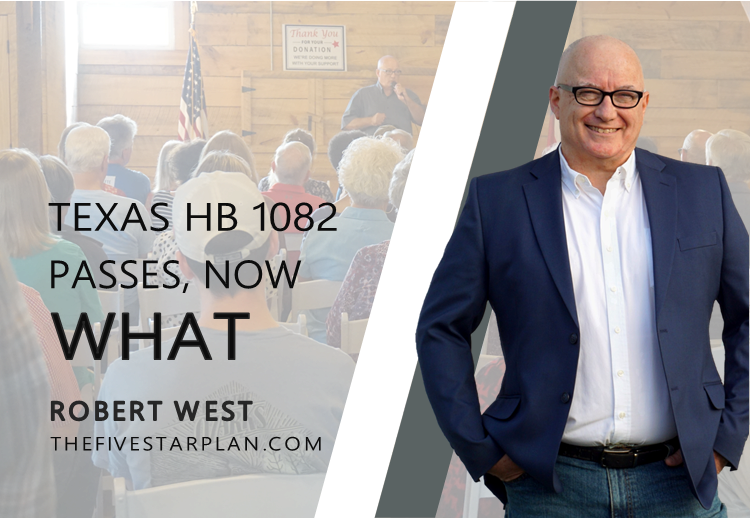 But first, let's take a look at the current law...

Public information is available to the public at a minimum during the normal business hours of the governmental body. Added by Acts 1993, 73rd Leg., ch. 268, Sec. 1, eff. Sept. 1, 1993. Amended by Acts 1995, 74th Leg., ch. 1035, Sec. 2, eff. Sept. 1, 1995.Sec. 552.0215. RIGHT OF ACCESS TO CERTAIN INFORMATION AFTER 75 YEARS. (a) Except as provided by Section 552.147 (Social Security Numbers), the confidentiality provisions of this chapter, or other law, information that is not confidential but is excepted from required disclosure under Subchapter C is public information and is available to the public on or after the 75th anniversary of the date the information was originally created or received by the governmental body.

(b) This section does not limit the authority of a governmental body to establish retention periods for records under applicable law.

This law has been used in the past to compare “like” property values of those owned by elected officials and private citizens.

When property valuations diverged by hundreds of thousands of dollars, citizens could often get a reduction in their property taxes by threatening to expose the special privileges and savings afforded these elected officials.

This law was, in the past, used to find out if certain candidates or elected officials actually lived in the district and thus were qualified to run for certain positions.

After HB 1082 is passed by the Texas Senate you will no longer be able to get some of this public information on government employees or elected officials past or present.

Don’t worry though, anyone can still get the same information about you.

In a year where the Texas State House of Representatives wasted 51 days with only 12 hours in session and then voted to take a 6-day break, they got this bill passed.

Passed it did, with only 6 members voting against it.

If your state representative was not one of these six - Bell C, Landgraf, Metcalf, Middleton, Murr or Toth then they voted for it.

Special mention to Wilson who had it recorded that he meant to vote “No” but somehow got recorded as voting “Yes.”

Perhaps Mr. Wilson should propose a law placing the voting buttons further apart, like on opposite sides of the chamber.

Since there is no catchy name for this bill, we’ll keep what I’ve named it, the Public Secrets Act.

Why should you care?

Property tax information, restraining orders and other information is paid for out of your taxes.

If you suspect your County Judge or County Attorney is up to some shady land dealings, anyone can go online and quickly look up where they live, what taxes they pay and various other information.

Texas has no shortage of public officials going to jail over, shall we say, questionable choices.

This law would further cover up such questionable choices.

Ethics, I was told, is what you do when you are sure no one is looking.

Call it pessimism or call it experience, when a bunch of politicians decide no one is allowed to look at what they are doing I get suspicious.

Representatives Voted to Exempt Themselves

So, the State Representatives voted to exempt themselves from 552.021 to protect their privacy and their families.

This is understandable but what about the rest of us?

If this information is a risk to them and their families then would it not stand to reason it would be a risk to yours?

Newspaper reporters, activists and radio personalities have all been threatened and killed in the past, are their lives unimportant?

You should ask your State Representative if this is the case or if perhaps their lives are just so much more important.

Public Information Should be Public

It stands to reason that public information should be, well, public.

After a year spent watching the government of Texas treat us all as if they were the masters instead of the servants this should come as no surprise.

These people really do think they should have privacy while we do not.

Just today I saw where a Mayor went in on Easter Sunday to see if a person running for city council actually lives in the city.

This is allowed under the bill; but the person running for city council will not be able to get this same information if his opponent has ever worked for the government or been in office.

This is our public SERVANTS, using our time and our money to make things better for them, not us.

Please join me in contacting your State Senators and letting them know exactly what you think of the “good for thee but not for me” laws they are about to vote on.

This has already passed out of the House, so find a person you really trust to run for State Representative in your district.

Find someone that would have sided with the six (or seven) “no votes” and ask/beg them to run.

In 2022, everyone will be up for election due to redistricting.  Those Primary races will either see more of the same or patriots replacing politicians.