Is Your State Rep a Patriot or a Politician? 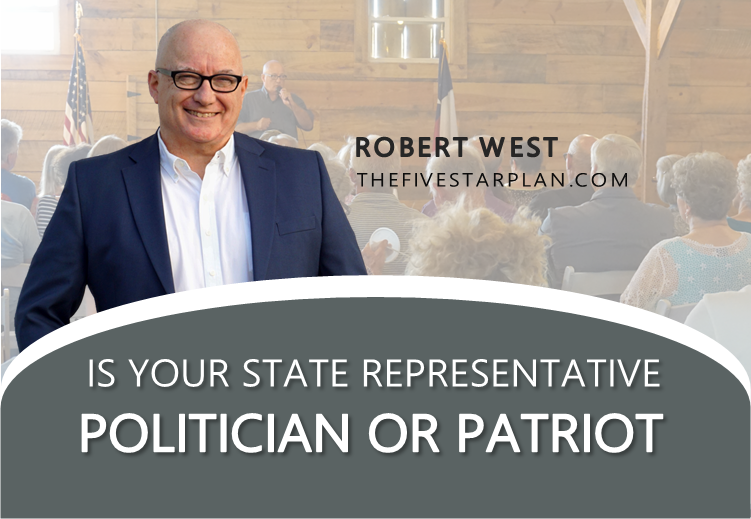 You may read a news article every once in a while, you might even hear a speech around election time.

But most of us don’t follow what they do or notice all the inside baseball.

Violation of the Texas Bill of Rights

Is this still fresh in your memory?

These mandates violated at least nine of the Texas Bill of Rights.

It was such an emergency in Abbotts eyes that he put three million Texans out of work, changed voting laws and outlawed church services but not important enough to call a special session.

Calling a special session is the only emergency power a governor has according to the state constitution.

Our state legislature did nothing to protect our rights and failed to put the governor back within the limits of the Constitution.

Our Attorney General and Lt. Governor did nothing and said nothing to oppose the governor.

If your state representative did not oppose Abbott’s executive overreach and clear constitutional violations then they did not uphold their oath of office.

In other words, they broke a promise which ended in “... so help me GOD.”

I have family in Houston and just north of there is the Woodlands. It's a nice place, well to do and during the lockdowns 5 people died of Covid during a single month but 7 died from suicide.

Your business is closed down, you have no way to earn a living. You have two kids in college, a mortgage and you have no way of knowing when or even if you can ever reopen.  The savings are gone and you decide that the only way your family can survive is if you don’t.

There is a rule called 665. The state legislators could have contacted each other and the governor to demand a special session.

This action would have allowed them to impeach Greg Abbott for violating his oath, the Texas Constitution and our rights.

Is Your State Representative a Patriot or Politician?

So how do we know if our representative is a patriot or just another politician?

Well there are a few groups that can clue you in but they might have a different view than you about what is conservative and what is not.

Here are a few things I think most of us can agree on as conservatives and as patriots.

This sounds harmless enough and it was headed to passage 105-30 but State Representative Tony Tinderholt brought up that the drones Amazon wanted to use were made in China.

By law the manufacturers must include a “back door” that allows Chinese intelligence the ability to operate the drones at will.  While flying over military bases and infrastructure of Texas, Chinese intelligence agencies could film the entire trip or even divert the drones, upload all the video to China and erase any evidence it had ever been done.

Can we Fault Someone for Writing or Voting for Such a Bill?

Now, I cannot fault anyone for writing or voting for such a bill if they did not know all this, right?

None of us can know everything and the bill was defeated.

However, what would you call someone that voted for this bill after they were informed of the security threat?

US Congressman, Lance Gooden even gave them a letter explaining the issue and the fact the United States was banning purchase of any such drones due to security concerns.

If your State Representative is on this list maybe they need to find another job. 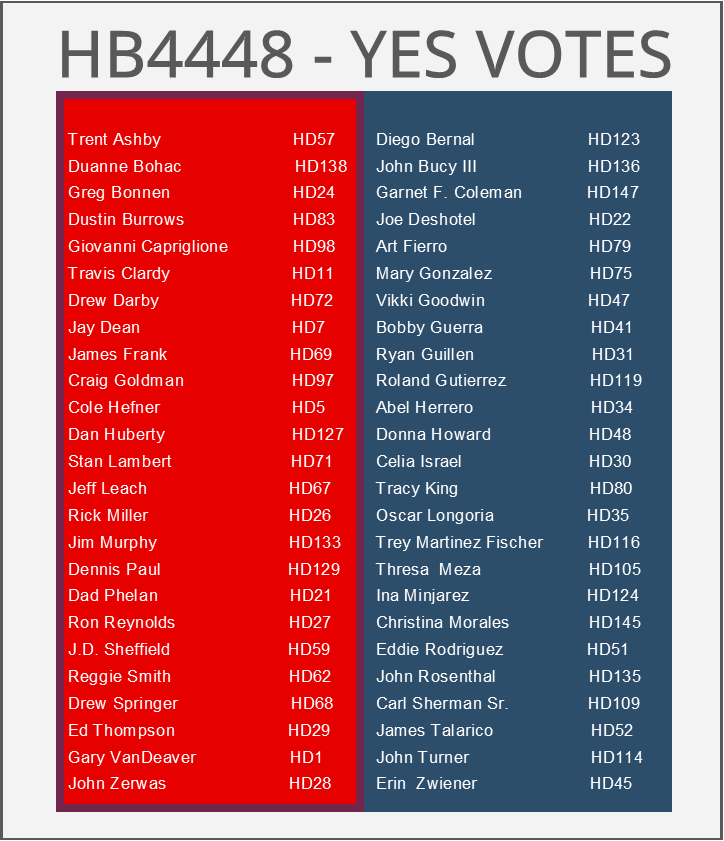 Whether your state rep voted for this out of self-interest, political considerations or just outright stupidity it does not matter, they voted for it.

If they voted in favor of this bill, that public servant needs to explain to you, their boss, why they voted for it.

In Part 2, I continue with you how Democrats have been picking the Texas Republican Speaker of the House for 20 years.

I will also offer another list of “Republican” Representatives that went along with the Democrats this last time.

Anyone that wants to see the list of State Constitutional violations that Abbott committed, they are available in the Free PDF below.

Or you can get more in my new book, The Five Star Plan.  TFSP is a practical step by step for regular people and your organization to use.