Censure Example in a Written Format 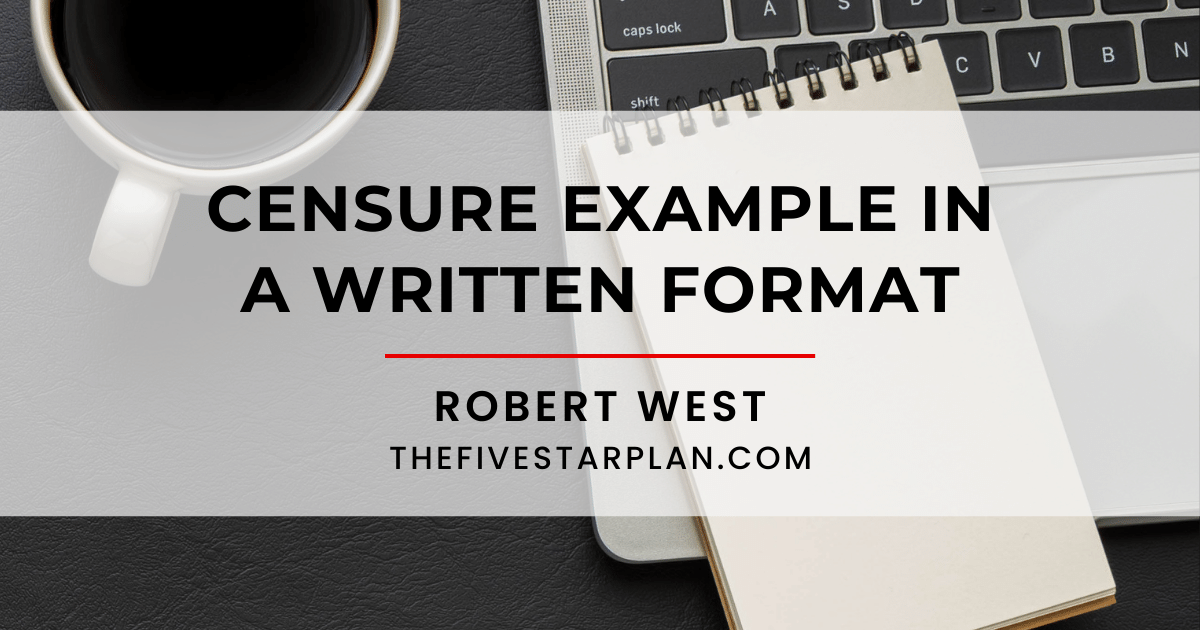 The Following “Censure example” is what I wrote as a Delta County Precinct Chair in November 2020. The vote was to censure Governor Greg Abbott for his unconstitutional violations; it was unanimous.

This same format or something similar can be implemented by changing out the violations of the elected person you are going to censure.

Censure is Rule 44 of the Republican Party of Texas. Read it, know it but don’t abuse it. Censure is how we hold the elected accountable because you cannot get good fruit from a rotten tree.

WHEREAS, on November 19th, 2020, the Executive Committee of the Delta County Republican Party convened a Regular Executive Meeting during which it considered whether, pursuant to Rule 44 of the Republican Party of Texas (“RPT”), Governor Greg Abbott should be censured for his recent actions and Executive Orders which violate the core principles of the RPT defined in the Preamble of the Party Platform as described in Rule No. 43A; and

WHEREAS the Platform of the RPT declares in the Preamble that we believe in the Platform and expect our elected leaders to uphold these truths through acknowledgment and action; and

WHEREAS, Rule 44 of the RPT provides that a County Executive Committee may by a two-thirds (2/3) vote of those present and voting, adopt a resolution censuring a Republican public or party office holder representing all or a portion of that County for three (3) or more actions taken during the current biennium in opposition to the core principles of the RPT defined in the Preamble of the Party Platform as described in Rule No. 43A, and that said resolution may request that the offending official be penalized under the resolution; and

WHEREAS the first provision of the core principles provides that we support the strict adherence to the original language and intent of the Declaration of Independence and the Constitutions of the United States and of Texas; and

WHEREAS the third provision of the core principles provides for preserving American and Texas sovereignty and freedom; and

WHEREAS the fourth provision of the core principles provides we should limit government power to those items enumerated in the United States and Texas Constitutions; and

WHEREAS the fifth provision of the core principles provides that we support personal accountability and responsibility; and

WHEREAS the ninth provision of the core principles provides that we support a free enterprise society unencumbered by government interference or subsidies.

NOW, THEREFORE, BE IT KNOWN AS FOLLOWS, that after due and careful consideration, the DCRP’s Executive Committee hereby FINDS AND CONCLUDES THE FOLLOWING:

NOW, THEREFORE, BE IT RESOLVED, that the Delta County Republican Party hereby CENSURES Governor Greg Abbott for violating three (3) or more of the core principles of the Republican Party Platform; that the DCRP requests that this censure be considered and sustained by all Republican Party State Representatives and Senators in the Legislative Session of 2021 assembled; and that the DCRP requests all available penalties be levied upon the offending officeholder. We furthermore urge a full and complete repeal of the Texas Disaster Act of 1975 that has shown to be far too much power for any one person to wield at will and return to the Constitutional form of state government wherein each of the three branches act in accordance with Article 2 of the Texas State Constitution.

RESOLUTION PASSED AND DONE THIS 19TH DAY OF NOVEMBER 2020 BY A VOTE IN EXCESS OF TWO-THIRDS OF THOSE PRESENT AND VOTING, OF THE EXECUTIVE COMMITTEE OF THE DELTA COUNTY REPUBLICAN PARTY.

Remember what I said, Censure is Rule 44 of the Republican Party of Texas.  Read it, know it but don’t abuse it.  You can also receive the steps for "How to censure" on the resource page under Free Materials.