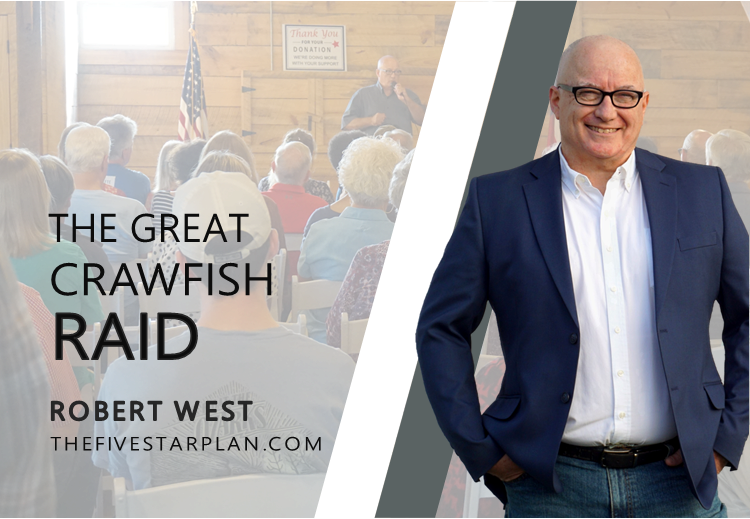 On the Louisiana/Texas Border along I-20 there is a small restaurant called “The Yard Bird Southern Table and Market.”

As you enter Texas going west, take the first Waskom exit, turn right and follow the service road until it dead ends. The restaurant will be on your left.

It is one of the little, out of the way small businesses that makes this region unique and they've been in business for 3 years.

As my wife and I finished a meal of boiled shrimp, the place was shut down by the County Fire Marshal.

It seemed strange that at 6:30PM on a Friday this would be happening. There was literally a line of customers “out the door.”

In that 3 year period according to all accounts, the only issue the health or fire department ever found was a leaky pipe that was quickly repaired.

Hats off to The Yard Bird for surviving Covid shutdowns and the recent ice storm.

This closure had nothing to do with a virus or a cold snap, this disaster was 100% bureaucratic arrogance.

Seems like on the 10th of March they were visited by a county health inspector along with a fire inspector. They were given a list of things that had to be done in order to operate according to code and 30 days to comply.

Within 24 hours the prep area was screened in, vent hoods installed and after thousands of dollars were spent, they were ready to reopen.

The issue begins with the fire inspector, she couldn’t be troubled to come out and inspect the improvements.

The bureaucrats did not believe the improvements had been completed and did not want to waste “their” time. My guess is some government employees cannot believe anyone can work hard or get things done quickly.

Did I mention this was crawfish season?

Crawfish are not for everyone and the only reason my wife tried them years ago was that I called them “southern lobster.” Good thing I thought of that, because she loves them.

Crawfish are delivered live and must be prepared and served within a short amount of time. They don’t preserve well and if your competition is serving them fresh that is the only way to compete.

The Yard Bird was told the inspection could take place as soon as the improvements were made and so they went ahead and ordered several thousand dollars’ worth of these little clawed critters.

This region has some old-fashioned ideas like, when you say something, you mean it.

Repeated requests for the promised inspection were denied.

So, on Friday, The Yard Bird opened up. 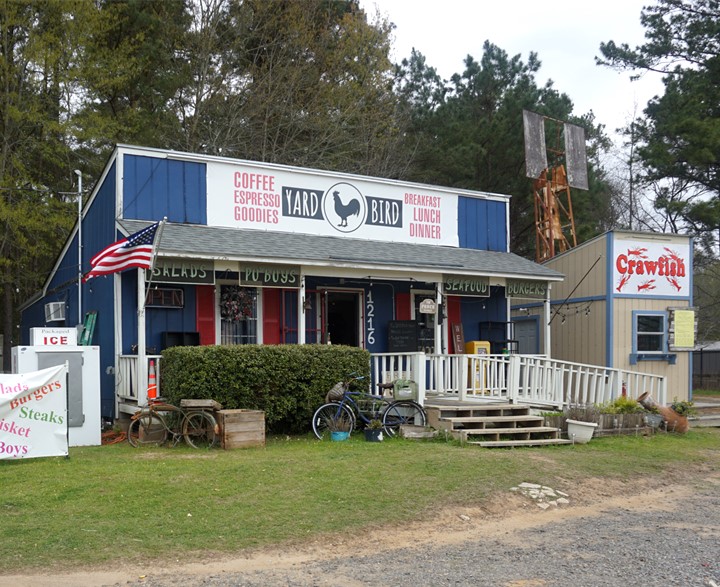 The Crawfish Raid at Yard Bird

Under the string of bare bulbs, on wooden picnic tables, a bunch of people were enjoying a feast.

Buckets of the spicy crawfish were being prepared, served and consumed.

I had just finished a pound of boiled shrimp and a sweet tea when the Fire Marshal showed up to shut the place down.

The first indication was a customer using a string of profanities.

I believe the line “worked in profanity the way other artists might work in oils or clay” would be fitting.

Finding out the place was going to be shut down when you have your heart set on a meal and you're already in line set this guy off.

I could catch a little here and there and it included gripes about “illegal aliens” and “shutdowns.”

The city cop brought along by the Fire Marshal was very restrained and professional, but this confrontation could have easily ended much worse.

People are angry and frustrated, the abuses at every level keep increasing.

When the spark happens and the fire is lit, it is not the people at the top that pay the price first.

Don’t believe it? The Boston Massacre started with an insult but it grew from a string of abuses. The people in the crowd were frustrated, you might say, it boiled over.

Many customers stayed in front of the establishment, myself and wife included.

If you had seen us there, the owner, staff and customers you would have thought we were all family and friends.

Many of us were complete strangers when the night started.

We were from Texas and Louisiana, we were Republicans, Democrats and people that said “I don’t pay attention to government stuff.”

We were a diverse bunch but we could see what was happening was not right. 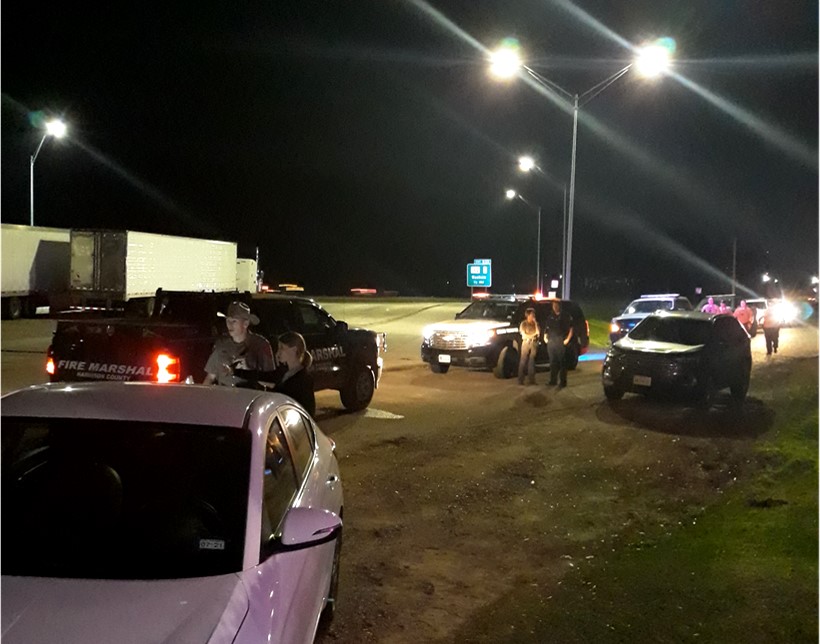 We cannot all travel to Washington or Austin, we are a handful of votes and cannot move the needle very far when it comes to our nation or our state.

However, that does not mean the resentment is not there or that it's not building.

This was “Government,” doing something clearly wrong and it was in our presence, affecting our evening.

The least we could do is stand with the owner and let her know we cared.

The owner had welcomed us into her business with a smile, treated us well and prepared an excellent meal. Business or no business, that means something in this neck of the woods.

The fact that we refused to leave must have caused some concern, because another city squad car arrived, then three state trooper vehicles joined them.

Six government vehicles to close down a crawfish boil?

There were some pretty angry customers letting these people know the whole thing was BS and not using the abbreviation.

Others reminded them they were SERVANTS, not masters.

This situation could have gotten out of hand very quickly.

Useless as a Hammer

I managed to get in touch by phone with the County Judge, Chad Simms, while this was going on.

Does the term “useless as a bag of hammers” ring a bell?

Judge Simms, who reduced the capacity of every PRIVATELY owned eatery in Harrison County had ZERO power to keep one open that night.

Judge Simms informed me that the Fire Marshall reports to the Commissioner’s Court and that he “merely oversees the court.”

I have to wonder if he rushed to a sink to wash his hands of the matter, or did he just walk?

Imagine if This was Your Business

Imagine you open a business, built it for three years, spend a year trying to make a living during Covid then lose another week due to weather.

Imagine the look of surprise, confusion and concern on this women’s face when this started, melting into frustration and helplessness.

That is the range of expressions you would expect from a peasant when the king arrives to take what they want.

How many people put their lives on the line to make sure our citizens never had to go through this kind of petty tyranny?

I did put my life on the line, as did both of my children.

I bet you are all wondering how a county matter is related to cleaning up Texas state politics?

We have a Republican Governor that thinks ruling by mandates and putting millions of Texans out of work is his rightful role.

Along with our governor, we have far too many County Judges, from both parties, that think the county and its citizens are theirs to control.

Is it any wonder that the attitude drifts down to petty bureaucrats?

Cleaning up Austin is not the solution to all of our ills.

At the local level we need to replace people that abuse their authority or those who refuse to control them.

How can the Five Star Plan help with this? We need people to get involved and reign in government overreach at the state level.

Accomplishing this at the state level will set better expectations locally.

Once limited government is again the norm, abuses such as the Great Crawfish Raid of 2021 in Waskom can be avoided.

Think of that the next time you sit down to a meal.