Is There any Country That Has More Problems that the USA 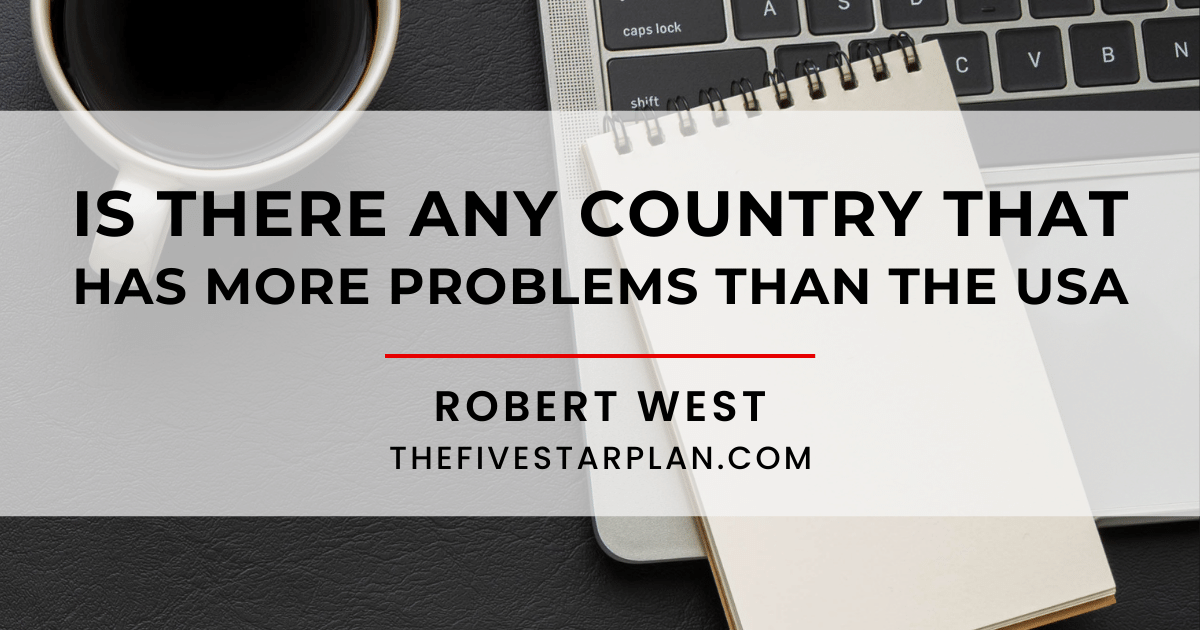 Is there any country on earth that has more serious problems than the United States?

Venezuela just outlawed putting “starvation” as the cause on a child’s death certificate.

India has about 8 million slaves today, not 150 years ago.

In many Islamic countries two men kissing is not frowned upon, it results in being thrown to their death from rooftops.

Some 795 million people in the world do not have enough food to lead a healthy active life. That's about one in nine people on earth. The vast majority of the world's hungry people live in developing countries, where 12.9 percent of the population is undernourished.

I could go on, but you need to get out more if you think we have it rough here in the U.S. Could we do better? Sure, but we are nowhere near the bottom of the heap.

As much political animosity that we have today we can look forward to a peaceful transition of power come January 2025.