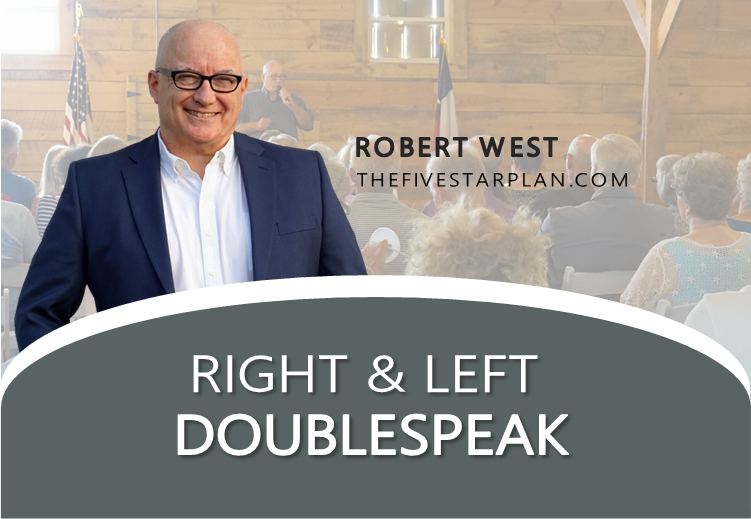 Earlier this week, I opened my weekly newsletter from the Republican Party of Texas. It was a glowing review of Governor Greg Abbott and it asked us all to thank him.

It was signed by Chairman Matt Rinaldi, see below...

My wife blew up and took her thoughts to Facebook, where I found others were also blowing up over this same newsletter.

Thank Abbott? I want him censured, embarrassed out of politics for shredding the Texas Constitution and breaking his oath to GOD.

Abbott literally meets the definition of Tyrant and the Republican Party of Texas wants me to thank him? 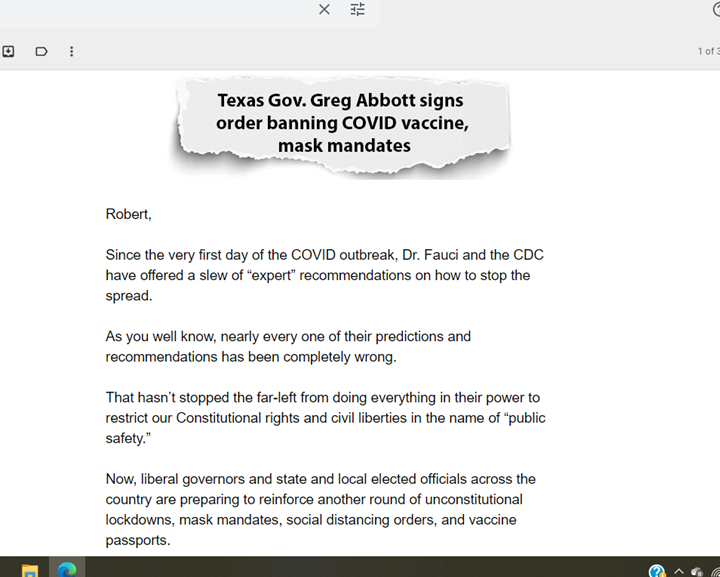 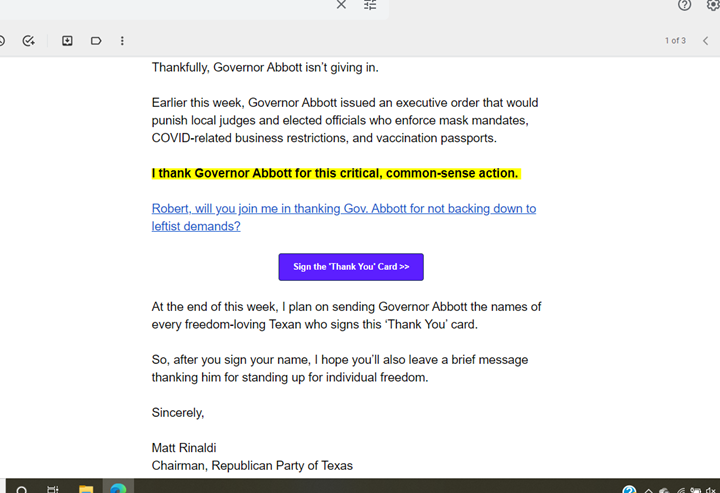 What Other Sources Should be Checked?

My wife received correspondence from an SREC person, advising people not to make comments until they “check the sources.”

Check the sources? It came from the Texas GOP email; it was signed by the Chairman.

What other “sources” do you want me to check?

She was then informed that the GOP contracts their newsletters and they’re written “out of house.” This one was not approved prior to being sent.

Just In case you don’t receive their newsletter, the Texas GOP ends by asking for donations.

So, they’re spending that money to pay other people to write letters and send out with the Chairman’s signature at the bottom?

Can the man not write? How many of these letters, signed by him, are actually his words and how many did the GOP just trick us into thinking they were his words?

To me that is fraud.

She then asked, why was a retraction not immediately emailed out correcting this from the GOP?  No response, but they did say they have responded on Facebook threads to correct this matter.

So, the GOP uses our donations so that an outside vendor can publish news that appears to come from the GOP but the GOP cannot get them to send out a correction?

Excuse my cynicism but it looks to me as if the GOP can send out a love letter to Greg Abbott and enjoy anything good that comes from that and then privately address anyone with a complaint.

Best of both worlds. 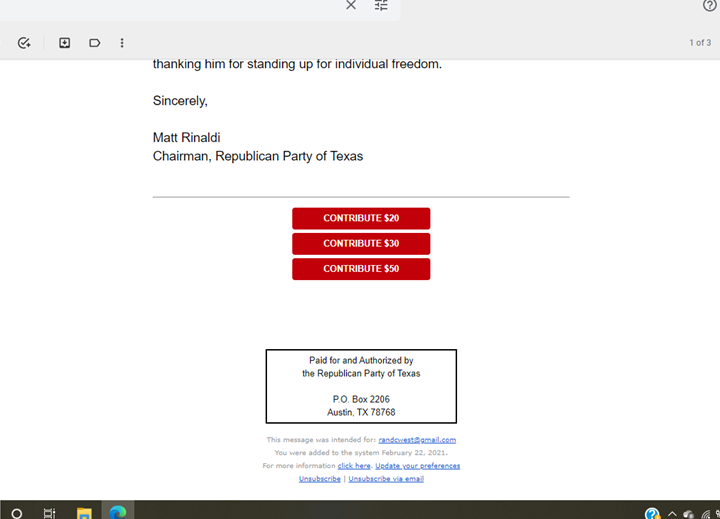 How has America Devolved to not Trusting

In the forward of my book, Senator Bob Hall asked, “How has American devolved to the point where the overwhelming majority of the people do not like and do not trust the government at any level?”

You want the answer? They worked for it. They did everything they could to make sure we knew they were liars and we even voted based on their ability to lie.

Thomas Sowell said “An honest politician is wholly inadequate to those that want the impossible.”

Do you want other examples? Elected Democrats and BLM pounded “Defund the police” for months. When asked about it last month the White House spokesperson looked Americans right in the eye and said, “Republicans want to defund police.”

Biden changes border policy 180 degrees from Trump, it leads to a disaster at the border with 200K people crossing illegally in July and Biden claims he did not change the law.

The CDC comes out one day and says “All adults and children should be masked indoors.” When asked if this included “in their homes?” He said yes and went further saying “It may sound strange…” The following day the CDC announces he misspoke.

Doublespeak, Changing what you say

I face this doublespeak all the time, in person and online more and more. A person will say something, sometimes in writing and then later in the same thread announce they never said that. IT’S IN WRITING.

It is still right there just a little way up from what you just said.

In a voice conversation they will announce they did not say it or that “You are twisting my words.”

With those people it really is frustrating because without a recording or witness, it’s impossible to “prove” and even if you could they will claim “You took it out of context” or “That is not what I meant.”

Joe Biden can announce he has assembled the largest voter fraud organization in history but if you play a clip of him saying those words it is labeled as “False” or “misleading.”

It is a clip of him talking, are they talking about me or him?

The Republican Party of Texas

Now we have the Republican Party of Texas admitting the Chairman does not really write those weekly letters, he just makes everyone think he does.

He does not approve of Abbott’s unconstitutional abuse of power, in private.

To the Republican Party of Texas. If you believe in a limited, constitutional, REPUBLICAN form of government, prove it.  Push for all organized County GOP Executive Committees to pass a formal censure of Greg Abbott.  14 counties have already censured and 4 have zero representation. That leaves 236 that have not acted.

Greg Abbott violated the Texas Constitution at least 14 times, he was not pro-business, pro religion or pro freedom during the lockdowns when he ran all three branches of government.

He did nothing, at best, to push our legislative agenda and he even attempted to influence who the Chairman of the Texas GOP would be, twice.

Do this and we can start over. Don’t do this and I will do my level best to replace every GOP Precinct and County Chair that fails to put this forward or vote for it.

The only reason to avoid this is that either you are a coward or a crony and both deserve to lose to a real Texan.

Where Do We Go From Here?

To this end TFSP has helped train, encourage and advise dozens of conservative voters and organizations.  They reach across more than 20 counties with goals to take over the Republican Party of Texas with real patriots.

This mission will continue with more speaking appearances and workshops. I've launched a paid training course for $30 a person to cover travel and spread this message.

If you want to have an event, form a group or already have a group and need a speaker, let me know.

If you are interested in the Precinct Chair training check it out and we’ll get that scheduled.

Thank you all for giving me a place to vent, it means a lot that so many of you open this newsletter every week and due to popular demand, I'm considering adding video.

In the meantime, GOD bless you and GOD bless Texas.