It is Cold Who is to Blame 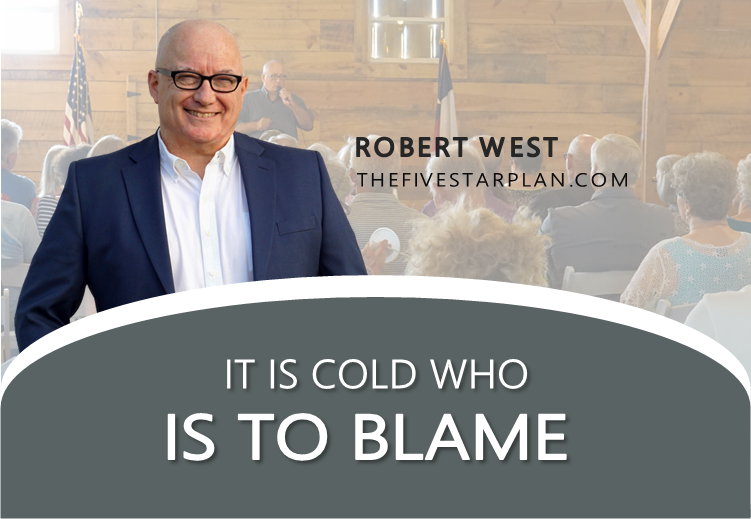 It’s cold in Texas, so who’s to blame? I want to state right off the bat, people have died and this is not a partisan issue.

I would place the blame 100% on the Texas Legislature and executive branch over the last 15 years as they steadily added power supply based almost exclusively on wind power.

When you calculate how many barrels of oil is needed to run a windmill, the 150 tons of steel and concrete that is required to build each one and don’t forget their short five-year life span, they cannot produce enough power to pay for themselves.

If you are an environmentalist you should consider how many birds are killed, how the landscape is ruined and how the blades have to go into landfills because they cannot be recycled.

Stay Informed & Get Our Weekly Newsletter

Energy Handled at the Local Level

Energy should be handled at the local level as much as possible.

Right now, we all pay into the same power system but when the chips were down the rural areas had their power shut off.

The government mandated "aerobic sewer systems" that do not work in these temperatures or without power, then the same government fails to ensure adequate power.

ERCOT told us it would be fine, so many people didn't leave their location or prepare.

We were then told we would have “rolling” or “rotating” blackouts for a few minutes, so again, we did not take steps we could have in order to prepare for several hours without power.

When we were told the black outs would last for several hours some people still believed their word; if you didn't the roads were closed, phone and water were also out. It was too late to do much about the present situation.

If you want to blame someone for the deaths look around, look at me and look in the mirror.

Most of us were too busy to hold anyone in office accountable or Heaven forbid demand local control over life and death utilities.

If this is not a wakeup call to maintain local control over local issues then it was just a tragic waste of blood and treasure.

My State Senator, Bob Hall, has been pounding on a secure energy infrastructure for years and no one in Austin seemed to listen or care.

It takes more than one or two good people in Austin to get things done, but yet we keep sending way too many of these idiots back year after year.

Unless your state rep or senator has been pushing these issues for years then you have a chance to get rid of them in the 2022 primary. At this point any random person you meet would do a better job.

Our Professional Politicians and Ercot

Our professional politicians, from the governor on down, are spending so much time running for the next office that they cannot find enough time to do the job we gave them.

Perhaps we should outlaw jumping from one elected position to another altogether? This would mean, if you currently hold an office you would have to finish that term before you even announce for another one at any level, including special elections.

You or I could not have foreseen this weather event 2 months ago but ERCOT knew about it two weeks ago and instead of realizing they could not produce enough power they either were criminally stupid or just lied to us.

Once the roads and stores were closed, we had no power, water or phone service and it was a bit late.

It will be several days before we know how many deaths were caused by this event.

We will never know what it cost in terms of frozen pipes, water pumps and cracked engine blocks.

What we should demand though, is more local control. The state government has failed us to the point you cannot ever trust them again.

At least our local leaders have to face us once in a while, when was the last time you saw Abbott on a stage or in person?

It’s cold, so who is to blame? If you do nothing then the next time this happens you will have to take some of the blame.

Reach out to friends, formulate a real energy solution and share it with people.

Then elect patriots instead of career politicians to put that solution into action. We keep voting for clowns, we keep getting a circus.