The Constitution or the Monarch 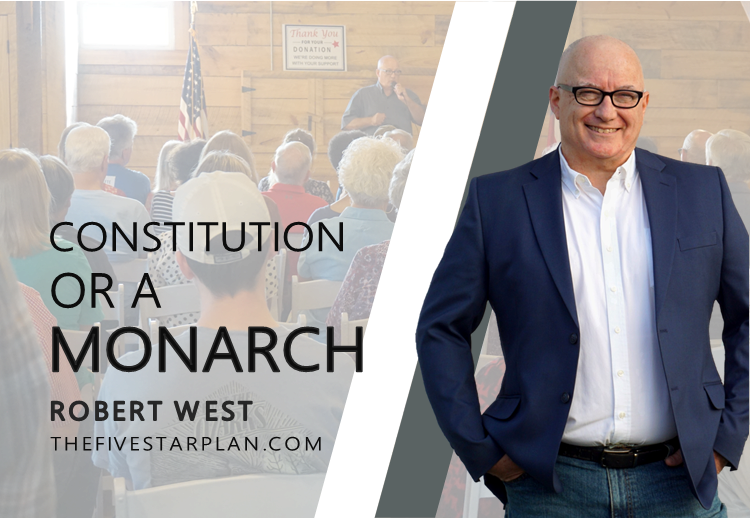 Millions of Americans, including myself, have raised their right hand and repeated this oath,

Hundreds of thousands of those men and women died rather than to betray that oath.

The right criticizes Joe Biden for destroying jobs with Executive Orders that make no sense but do tremendous damage.

The left stands and cheers that President Biden is “taking charge."

Many on the right have no trouble with Governor, Greg Abbott doing the exact same thing right here in Texas.

As of this day, Greg Abbott has done far more harm, destroyed far more jobs and violated far more rights than Joe Biden but many on the right stand and cheer.

Those on the left and right that cheer an executive making law, instead of the lawmakers do not support and defend the Constitution.

They support and defend tyrants.

What is a Tyrant?

Does the word tyrant offend you? It should.

A tyrant is the natural enemy of a free people. The idea that one would rule a state or country is repugnant to both the left and to the right, or should be.

The idea that the left or the right, let alone both, would cheer for one is sickening.

Just in case anyone thinks I am overstating the situation let us look at the definition of the word, tyrant.

Tyrant _a person exercising power or control in a cruel, unreasonable, or arbitrary way.

Congress shall make no law respecting an establishment of religion, or prohibiting the free exercise thereof; or abridging the freedom of speech, or of the press; or the right of the people peaceably to assemble, and to petition the government for a redress of grievances.

Would it be reasonable to assume that if you have a right to the free exercise of religion that the government could not stop you?

If that is reasonable, then an executive order to close or limit attendance at a church would be “unreasonable."

When an executive creates an entirely new class of people called “non-essential” and prohibits them from earning a living, is this not “arbitrary?”

I mean, there was never a debate held or a law passed that labeled three million Texans “non-essential” until Greg Abbott woke up one day and declared it.

So where does that put us?

You have to decide if you support a constitutional form of government or one ruled by what amounts to a monarch.

If that was not enough, read Article 2

Sec. 1. SEPARATION OF POWERS OF GOVERNMENT AMONG THREE DEPARTMENTS. The powers of the Government of the State of Texas shall be divided into three distinct departments, each of which shall be confided to a separate body of magistracy, to wit: Those which are Legislative to one; those which are Executive to another, and those which are Judicial to another; and no person, or collection of persons, being of one of these departments, shall exercise any power properly attached to either of the others, except in the instances herein expressly permitted.

This states that neither judges nor the courts can write law.

Greg Abbott has written mandates for months and even with our legislature back in session we're still being ruled by these mandates from one man.

Why are the legislators in Texas not living up to their oaths and making sure only they write law while the governor merely enforces what they have passed?

Are any of our elected officials willing to live up to their oath of office?

From President to the Governor of Texas

We have a President of the United States and a governor of Texas pretending they can write laws.

We have state and national legislators that do not oppose these unconstitutional overreaches and thus, violate their own oaths.

Right down to the County Judges that accept the unconstitutional power Abbott passed out to them, we have government corruption at all levels.

None of which are acting within the constitution.

If they give you canned replies and fail to take action then find someone to run against them or do it yourself.

People have died to give you freedoms and protect your rights. Can you even be bothered to make a phone call or run for office?