How to Host a Political Event 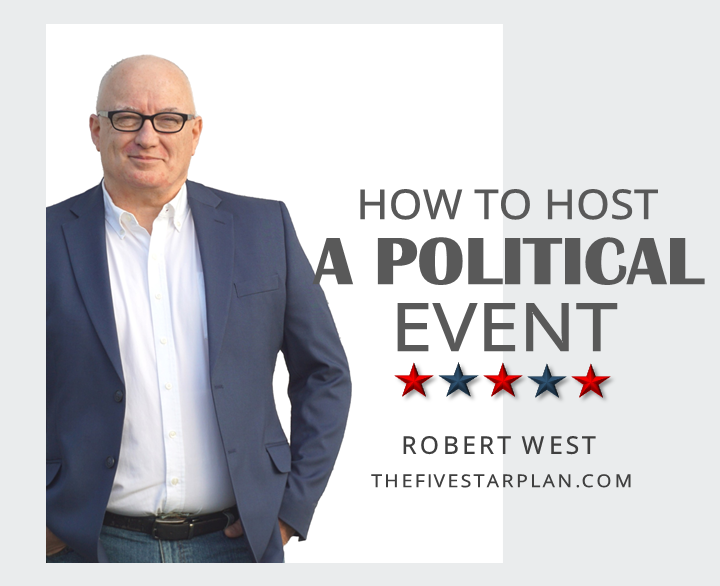 I have always been a big believer in bottom up approaches to most things. You don’t need a group to do good and I’m going to walk you through how to host your own political event.

When my wife and I started a Tea Party, we organized so that it would be self-reliant. When people showed up ready to have a say through their donation, we turned them away if they refused to make calls or block walk.

We politely directed their donation to a non- profit, print on demand site where they could purchase SWAG for rallies or to pass out.

The other day I received a call asking when I would appear closer to the Panhandle. I told them as soon as I could and asked if they had a group that was interested.

As we spoke, I discovered the man was a bit like myself and many other conservatives, a bit of a lone wolf.

Let’s face it people, socialists are just a bit more social than we are as a rule.

The great thing about lone wolves though is that they are open to individual initiative and once they are on a scent, they are more equipped to figure things out and get them done.

This was not the first such conversation I have had and I have no doubt it will be the last. I’m going to go through the highlights of putting together an event, starting with setting a goal.

What are the Event Goals?

First, let’s figure out what are the goals of your event and what do you wish to achieve?

I would encourage everyone to never combine your business meetings with your events. This leads to several issues and will detract from your goals.

Event crowds will always be larger and they should never suffer through your meeting and those in your meeting will have distractions from the business at hand.

An event is to gain attention for your group and increase membership. Now figure out how many people are you likely to attract.

If your largest event was a big-name speaker and attracted 200, then you might be able to match or exceed that if things went well last time.

Schedule a Date and Venue

Now you need to line up a date and a venue; and finding the space is probably the easiest.

Churches will often allow their facilities to be used and they are set up with audio-video equipment. There is plenty of seating and you can count on a decent AC system and maybe even a kitchen.

The location should be able to handle more people than you anticipate but not be so large as to make your turnout look bad.

After all, even if you get 2,000 people to show up it will appear to be a flop if you rent a pro-sports stadium, right?

What to Consider When Booking Speakers

Now that you have an idea of what you want to achieve, now it is time to book a speaker. First, what is your budget?

If you can book a pair like, Diamond and Silk then you set that date, plan to part with the better part of $30K. If you go that route make sure to charge at the door and your event can accommodate enough people to make it worth your time.

Political Candidates, or several, might draw just as large a crowd as a celebrity but people are not nearly as likely to pay $20 at the door unless you are offering a meal.

Authors are like politicians in that they are selling a book but they are less likely to charge a speaking fee if they are not a household name. You are also more likely to be able to collect a small fee at the door from attendees.

An event with politicians, authors/celebrities might work for specific goals but remember the more people you have involved, the more difficult it can be to get everyone there on the same date and time.

Selecting the Event Date and Time

Now that you’ve selected the goals, venue and an idea of what speaker or speakers you want. Choose the day of the week that works best for your area and target audience.

If you want the church community there don’t plan it for a Sunday morning or Wednesday evening. Sounds like common sense but we have seen this tried and it never ends well.

Also consider when attendees might get paid which is normally around the 1st and 15th.

OK, all of that is out of the way now make a list of speakers you would like to have and begin scheduling.

Like I said, booking several is hard but you want at least two so that one can fill in for the other in the event of a last-minute cancellation.

Be prepared to answer questions from the speaker.

Asking someone to drive 8 to 15 hours round trip for free and speak to a group of thirty for 15 minutes is not impossible. Just make them aware of these details when you reach out and be prepared there may be a small fee for them to show up. 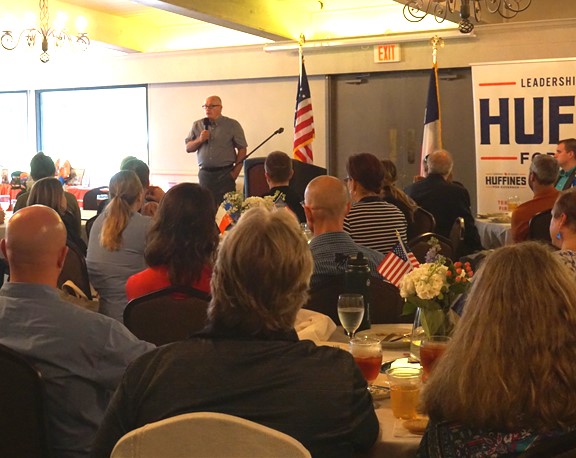 Marketing is the next step and plenty of people will tell you it should have come earlier but hey, until all of this was carved in stone what would you have to market?

Free marketing is great so let’s take a look at some of these avenues.

Make sure you have some help/volunteers lined up for the event.  Even if you are not selling tickets or catering you might want a sign-in sheet to collect contact information, take donations or just greet people to hand out information about the event or your group.

These same volunteers can help clean up the venue before it’s time to part ways.

Many places where I speak started by asking others to step up.  A good example is back in August, my wife asked Casey with Patriot Remnant Rising if she'd be interested in organizing an event.  They sold out and the energy from that room was like no other.

Almost anyone can establish their own political event, you just have to decide and act on it.  Remember you don’t need permission to do good.